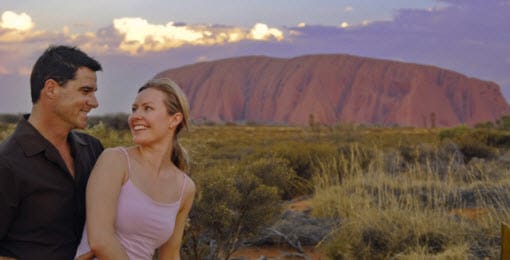 Northern Territory “Do the NT”

The Northern Territory covers one-sixth of Australia – or 1.3 million square kilometres – and is divided into two regions: the Top End, including the capital Darwin, and the Red Centre, of which Australia’s most famous Outback town, Alice Springs, is the chief municipality. While “The Alice” has grown into a small city in its own right, the Northern Territory remains Australia’s most sparsely populated region and an area rich in Aboriginal culture and natural attractions.

The Top End of Australia, jutting northward into the Arafura and Timor Seas, lies between the tropic of Capricorn and the equator. Its vast plains, long escarpments, plunging gorges and broad wetlands experience a spectacular tropical summer season (October to May), when monsoonal rains conjure up amazing lightning shows, thunderstorms and a renewal of lush vegetation; and the cool dry season (May to September), when citizens of the tropical city of Darwin pursue outdoor activities.

The dramatic landscapes of this region are connected by excellent roads. You can travel in a standard car knowing your journey will be safe and you will obtain good accommodation at the end of the day.

Kakadu National Park is just one of the Northern Territory’s many wilderness attractions. Hundreds of thousands of birds nest in Kakadu’s wetlands, crocodiles lie on the river banks, and kangaroos, dingoes and lizards abound. The rock-art sites at Ubirr and Nourlangie contain some of the oldest artworks in the world.

With its vast wetlands and magnificent landscapes, Kakadu is a powerful magnet for travellers. In recent years, it has emerged as a centre for the development of eco-tourism holidays. It now offers holidays ranging from deluxe resort experiences and “five-star camping” trips to budget holidays. Accommodation is provided in motels, a youth hostel and at camping grounds, while new tours focus on adventure and the environment, together with Aboriginal cultural attractions.

The Red Centre of Australia might seem remote, but it offers travellers excellent air and road access and top-quality accommodation. Ayers Rock Resort caters to all budgets and includes a deluxe-standard hotel with a gigantic swimming pool, plus several mid-market hotels, self-catering apartments and camping sites.

Shimmering like a mirage in the desert, the low-rise resort was built by the NT Government in the mid-1980s to spearhead and control tourism development in one of the world’s most fragile landscapes.

This area is of vital cultural and religious significance to the Anangu people (the traditional Aboriginal owners), whose ancestors are thought to have lived in the area for at least 10,000 years and possibly far longer.

Ayers Rock Resort is only 20 kilometres from Uluru. Apart from accommodation, it offers restaurants, bars and clubs, a giant telescope for night-sky star viewing, the adventure tour operator Uluru Experience and even a motorcycle operator providing Harley Davidson Rock tours.

Umorrduk Safaris and Davidson’s Safaris provide travellers with rare experiences in some of the most remote areas of Arnhem Land and other Aboriginal-owned land in the Top End. These safaris suit visitors attracted to an outdoor holiday but wanting sleeping and eating comforts. Both safaris include tours of Aboriginal rock art and allow visitors to experience Aboriginal culture at close quarters.

Aboriginal Tourism is at its most visible in the Northern Territory. Here, Aboriginal names like Manyallaluk, Gurudju and Umorrduk are gaining recognition along with the better-known Uluru (Ayers Rock) and Kakadu.

These are more than names in the conventional sense. They are parts of a Dreaming, invested with indigenous law, and are attached to particular peoples or clans. Where the visitor may see only dust and shadows, Australia’s original people see what others might call kingdoms – and they are increasingly sharing their insights and knowledge with visitors.

Throughout the Territory, Aboriginal guides offer walks, safari camps 4WD tours focusing on the Dreamings, spirituality and day-to-day lifestyle of their ancestors.

Many tours examine Aboriginal rock paintings, most of which were old when Babylon was young. They also provide an opportunity to learn about indigenous medicine and food and traditional use of the land.

Tours run by several companies in both the Top End and Central Australia are highlighted in the Northern Territory Tourist Commission’s Aboriginal Culture brochure.

Darwin, Alice Springs and the Ayers Rock Resort are all served regularly by scheduled domestic flights from Sydney and other sizable Australian cities. Visitors flying directly into Darwin from other countries have an array of travel options. Singapore Airlines, Garuda Indonesia, Malaysia Airlines, Sempati, Qantas international flights and Royal Brunei all serve Darwin.

Dedicated tourism drives in the Northern Territory (there are now three available) encompass the Top End, Central Australia and everything between.

In the Top End, the Nature’s Way drive takes visitors along a triangle of sealed highway from Darwin through the Adelaide River and Mary River wetlands and Kakadu National Park to the goldmining township of Pine Creek. It links the Arnhem, Stuart and Kakadu highways.

Further south, The Mereenie Loop Road links Alice Springs with the remote desert points of Kings Canyon and Yulara. The loop forms a dedicated tourism drive called Pioneer’s Path, which heads through the western MacDonnell ranges on its way into Alice Springs. The journey covers about 1,200 kilometres and takes from three to five days. The more time allowed, the more opportunity to enjoy the walks, take a few side trips, swim in secluded gorge pools and see some of the most spectacular scenery the world offers.

There is no more beautiful time to be in the desert than the evening. As the day cools and the setting sun turns the sheer red cliffs into walls of fire and the ghost gums into white poles, the animals come down to drink – rock wallabies, euros (small kangaroos), lizards, flocks of colourful, screeching parrots and maybe a dingo or two. It’s all there to be enjoyed 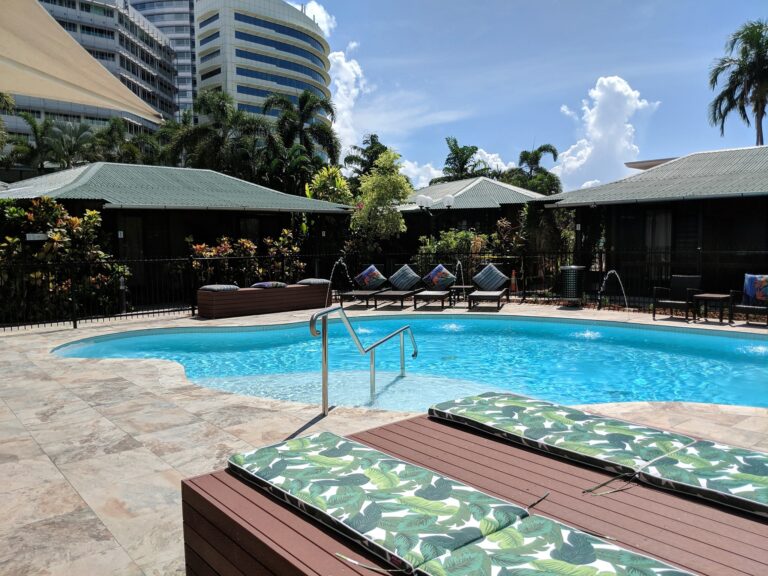 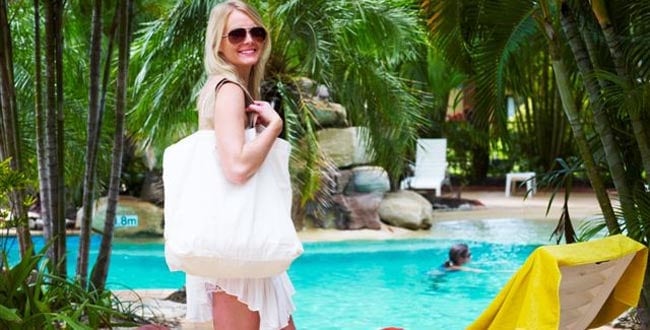 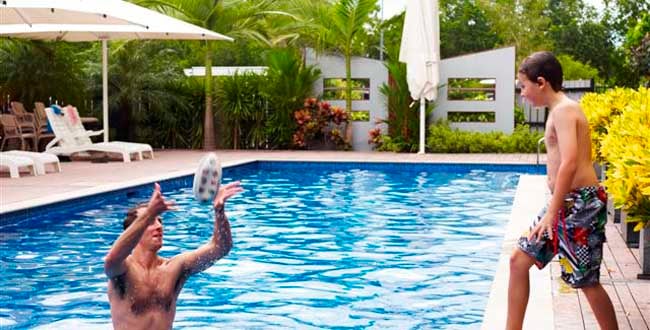